The third instalment in our blog series with CAM is all about how arthritis affects bones.  Click here to read the full article!

The second instalment in our blog series with CAM is all about how arthritis affects synovial joints.  Click here to read the full article!

We have been working alongside CAM to develop a series of blogs on how canine arthritis affects different tissues and joint structures.  Click here to read the first instalment!

Pluto – the inextricable link between pain, posture and behaviour

8-year old neutered male Basset Hound Pluto, who first came to us in September 2018, has taught us so much in terms of just how connected pain, posture and behaviour are that we had to share our experience.
Pluto came with a warning of aggressive behaviour towards people and animals, and that he would snap with little warning. He was a rescue case, having been with his owners for 18 months, and a history of 7 homes and fosters, spread across the world, including South Africa!

His medical history was long, with lameness on all 4 legs, and osteoarthritis pretty much everywhere – thickened, swollen joints, crepitus, meniscus damage in his stifles, disc degeneration in his spine – the list went on. Over a period of 12 months, Pluto’s owners had been working with their vets, trying many iterations of different pain medication to find a workable combination. Attempts to reduce his pain medication had always resulted in a deterioration in his behaviour, and an increase in his aggression.

When we first met Pluto, he had a left hindlimb lameness, a sway-back (official term – lordosis) denoting poor core musculature and was very low over his forelimbs – even for a Basset! His front paws were swollen and misshapen with arthritis, with his elbows abducted away from his body, and notable carpal valgus (turned out front paws). His owners warned us that he was occasionally muzzled by the vets and can react very quickly.

We started a slow programme of therapy with Pluto and advised his owners to reduce his use of stairs, but when it was necessary, to take some of his weight to reduce impact on his forelimbs and spine. As we were unable to get our hands on him without potentially upsetting him and causing a reaction, we treated him with pulsed electromagnetic field therapy. We also knew that having a person he did not know in the treadmill with him (we get in with all our patients), was not going to work for Pluto, so his owner Stephen got in with him instead, and we instructed from the outside. We built proprioceptive track courses, to improve his proprioception, activate joint range of motion and improve gait patterning.

Over time, Pluto became more and more relaxed at our clinic. As he relaxed, and we were able to do more comprehensive treatments, including class 3b laser therapy and some alignment techniques applied from outside of the treadmill, we noticed improvements in Pluto’s posture. He became more upright on his front legs with better elbow and carpal alignment, his spinal posture improved, and his left hindlimb lameness reduced. Along with this, we also noted a difference in Pluto’s behaviour. He became more playful in clinic, pleased to see us and much less “stare-y”. However, the biggest improvement was in his home life. His owners report that he is a very different dog. They have even been able to take him to the pub for lunch – something they could never do with him before as he was so reactive.

A change in routine and reduction in therapy over Christmas saw Pluto’s mobility decline slightly, his posture reverted to the more lordotic, low over his forelimbs and carpal valgus positioning we had seen initially, and, unsurprisingly, his mood deteriorated, and he became grumpier and growly again. Luckily, this only lasted a short while, and he quickly got back on track. His owners have reiterated to us that the physiotherapy and impact-reduction have had an astounding effect on his behaviour, communication and quality of life.

Pluto has reinforced to us that pain, posture and behaviour cannot be separated. Dogs – and in fact most animals – are not naturally “grumpy”. A dog that suddenly starts growling if a certain part of them is touched, or becomes defensive around other dogs, may well have a pain issue worth investigating with your vet. Movement patterns are also significant and must be taken into account. Dogs don’t limp, or move in a compromised way, for no reason. A change in gait will generally be pain related. If your dog starts to seem grumpier, enjoy their activities less, and seems to be slowing down – don’t just accept “they are getting old”. Speak to your vet.

Pluto has also taught us what can be achieved with patience, love, understanding and a proper home care programme. Pluto was once almost on death row due to his behaviour – and to see him now is heart-warming and is why we do the job we do. We love seeing you Pluto! 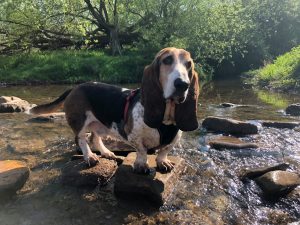 Introducing a new puppy into the household is a very exciting and indeed life-changing time. However, there are many things to consider and be aware of, both in terms of choosing a pup, and in the very formative early months of ownership. As canine physios, there are a couple of pitfalls that we feel all new puppy / dog owners should be aware of – so we thought we’d summarise the main ones!

Firstly – the decision of what breed of puppy to buy, or indeed whether to go with a rescue dog – more on rescues later! Choosing breed involves a huge amount of thought, as whilst you might love the idea of a certain breed, it might not be the best fit for your circumstances! It is a good idea to research what the dog is bred to do – if it is a working breed, can you offer them the mental and physical stimulation it will require? If it is a long-haired breed, can you invest in regular grooming (which can be as much as £100 per groom potentially on a monthly basis!), or learn grooming techniques yourself, to keep that beautiful coat in top condition?  If you have your heart set on a giant breed – are you prepared for the fact that everything, well, just costs that bit more! It is also worth familiarising yourself with the conditions that your chosen breed over-indexes for – both in terms of knowing what questions to ask the breeder about the parental history, and to be prepared for what care your dog might need in later life.

Another area that we get asked about a lot here is appropriate exercise for puppies. Puppies do not need much running / intensive exercise! Their joints and skeletal systems are not mature for quite a long time (actual timing is breed-dependent, but can be over 1 year), so allowing them unrestricted exercise at a young age can be very damaging. The vague rule of thumb is: 5 mins per month of age, x 2 per day. Therefore at 4 months, your puppy would need an absolute maximum of 2 x 20 min walks – in fact we would generally recommend less! For giant breeds it is recommended to toilet walk them only for the first year or so. Exercise should also be undertaken with care – too much intensive running, even for short times at a young age, can do irreparable damage to young joints. So please leave the tennis balls (and definitely any ball launchers – the devil in our eyes!) at home.

Puppies need a lot of sleep – this is so important for their physical and mental development, however much like human pups they won’t always just take themselves off for a nap! Ensure you provide a safe, warm, quiet space for your puppy, and encourage them to nap on a regular basis. Crates are often good for this but must never be used as punishment. After play time, when your puppy has had a chance to empty, is a good time for a nap, a few times a day.

Now, whereas two short walks a day might provide enough physical stimulation for your pup, as they grow they will need more mental stimulation! Training and sensory games are the best thing here – to work your dog’s brain, but not their body. There are lots of ideas for brain games etc online, and several good books available too. We have a couple of games we recommend or can point you in a good direction for books / online videos, so do get in touch if you would like further info.

We have previously written a blog regarding the benefits of a harness over a collar, and this applies strongly to little puppy necks! See our website for this blog and do ask us if you have any further queries.

Pups grow at a huge rate and therefore need specialist puppy nutrition to support their musculoskeletal system. Inappropriate diet at a young age can lead to developmental issues, either stunting growth, growing too quickly or becoming overweight. Your vet and vet nurse team will be able to provide more information specific to your dog’s type and development to help you get this essential factor just right!

Just a little plug for the rescue dog – there are, sadly, thousands of dogs awaiting forever homes in rescue centres all over the country, of all different ages and breeds. We don’t want to get too soap- boxy on you, but we would really encourage taking a look at rescue centre websites and Facebook pages, and seeing if there is anything that would suit your circumstances. Adopting an adult dog can often be easier and smoother than taking on an 8-10-week-old pup, lots of rescue centres will give training support, and you have the lovely knowledge that you have given a dog in need a forever home!!! Puppies also end up in rescue – either being born into rescue, or sadly being surrendered to rescue very young, so this is always a good avenue to explore if you do have your heart set on a pup.

The team at Bach Canine Rehab are always on hand to help, or to chat through any issues that might concern you regarding your new dog, so do get in touch. 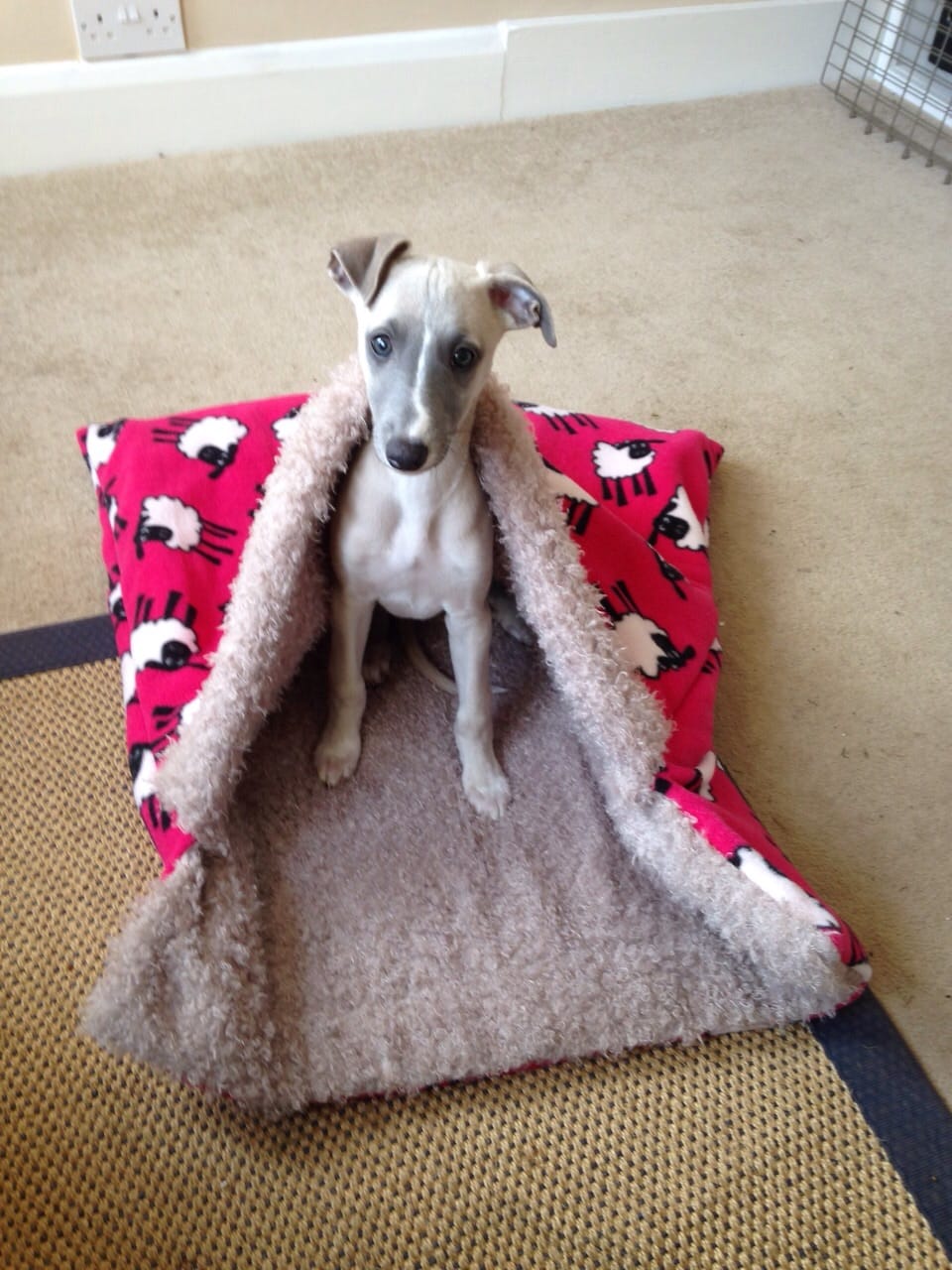 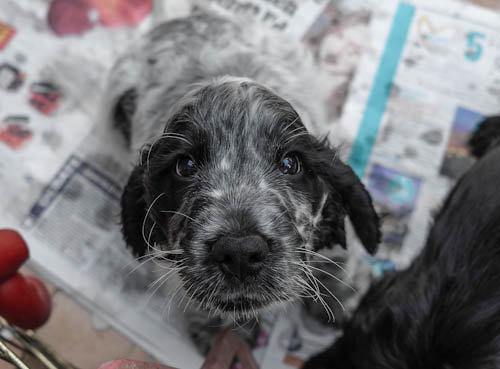